Shaddock started in the title business in 1987 as a fee attorney for Dallas Title, which was then the largest independent title company in Dallas. Serving as a one-man operation, Bill filled all the different roles involved in the closing process himself while working from a single office.

Over the next 15 years, Shaddock grew and expanded his operation into the largest fee office network in the state with 25 offices in the Dallas-Fort Worth and Houston areas. This network operated as American Title in Dallas, Commonwealth Title in Fort Worth, and First American Title in Houston. In 2006, Shaddock purchased Capital Title of Texas and integrated his existing fee office network into the new company.

Today, the closing teams of Capital Title represent some of the most experienced and reliable residential and commercial escrow officers in the title industry.

Under the leadership of Branch Manager/Escrow Officer, Amy Yadon and her staff, Capital Title Orange is thriving.  They are devoted to assisting home buyers in Southeast Texas.  For more information, call (409) 883-8495 or stop by their downtown Orange location at 719 W. Front Street. 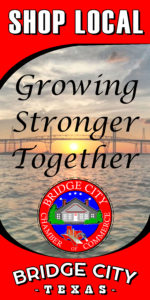